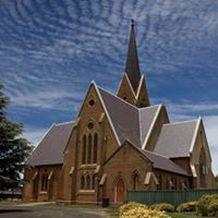 Holy Trinity Orange is one of 34 Parishes in the Anglican Diocese of Bathurst.
​
Anglican ministry to the Central West began in Carcoar in 1845. The first Rector made periodic visits to other centres. The first service for Anglicans in Orange (then Blackmans Swamp) was in 1846 at the Five Ways where the Congregational (now Uniting) church stands. Orange was proclaimed a village that year.

In June 1851, The Reverend Philip Agnew (Chaplain to Bishop Broughton of Sydney) officiated under a tree in the encampment at Ophir which was attended by 500 people. Between 1851 and 1855 he maintained a monthly ministry to Orange.

In October 1855 Bishop Barker of Sydney, confirmed a number of people in the Orange Court House. A plaque commemorating his visit can be found on the verandah of the old Court House. It was reported that year that there were 1200 members of the Church of England in Orange.

A public meeting decided that the house be built  for a resident clergyman. A Building Committee was appointed and in 1856 the first Rectory was built, a timber residence next to the Bluestone Hall. 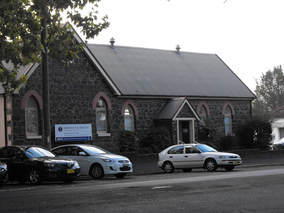 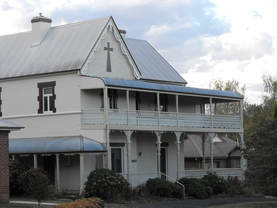 The Rectory
The Rectory dates from about 1865. The second-storey balcony was added after 1909. The original shingle roof can be found underneath the corrugated iron roof. 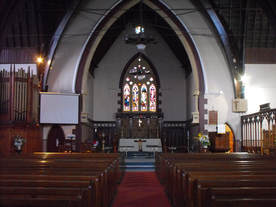 The Present Church
Opened on August 24, 1879, the present church building was designed by Sydney architect, Thomas Rowe. At the cost of 7,000 pounds, it was designed to seat 600. It was  described as "a large high Victorian Gothic revival brick church" of "cruciform plan with steep slate roof and prominent tower and spire on the southern side",  and holds a prominent position in the center of Orange.

The 1928 publication Orange and District Illustrated comments that "Unfortunately the structure was left unfinished, and the debt with added interest imposed almost entirely on the guarantors and others in the parish to pay off".
Canon H. Walker-Taylor (1909 -1927) was able to have the debt paid off to permit consecration of the Church by St Lukes Day, October 18, 1909.

2005 saw the creation of the Trinity Foundation with the aim to raise funds through The National Trust of Australia (NSW) Holy Trinity Church Conservation Appeal to assist with the restoration of the Church building.
​
Francis Bertie Boyce was the Rector during the 1870's.  Under his leadership churches were constructed at Borenore, March, Caves Creek, Canobolas and Springside.

​Christ Church, Borenore continues to have monthly services while St Philips, March is part of Orange East Parish. The other churches have closed.
Christ Church Borenore
Christ Church Borenore was built by the combined effort of the Methodist, Church of England and the Presbyterian congregations, and was completed in 1878 and consecrated in 1995. It was originally called Christs Church as it was not seen by the local folk as belonging to any one denomination but as a shared place of worship for all. They all contributed to the supply, transport and construction of both the Church and the adjacent school. All materials used were obtained locally: clay for the bricks from nearby Borenore Creek (and were fired in a hired mobile kiln), large timbers from Mount Canobolas, and shingles  cut from a reserve several miles to the east.
The white marble font was crafted from marble quarried near Borenore Caves by Mr Rusconi, an Italian immigrant. Most of the wooden furniture was made locally. Several of the stained glass windows were made by the late Philip Handel.
Services were conducted by all three denominations until after World ​War 2. ​
Christ Church Borenore was sold in 2020. 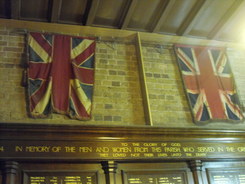 Memorial Tower
On ​ August 3rd, 1919 the Church bell tower was dedicated as a Memorial Tower. Laid by R Rev'd Bishop G M Long DD LLD ,the inscription reads:
"To the glory of God and in memory of the soldiers and sailors who fought in the Great War 1914-1918"
Within the Memorial Tower Porch hang the Great War Memorial Honour Roll and Colours of the 6th Light Horse Regiment.
The installation of the ring of 8 bells was completed in 2007.
​More information on the bells can be found on the Bell Ringing page. 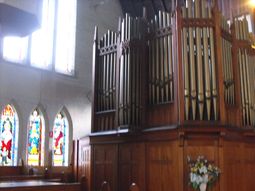 Organ
The pipe organ, was originally built in 1911 by the British Pianoforte Deport Ltd and dedicated on January 23, 1913 in memory of Bishop Camidge who died in 1911.  It was rebuilt, in celebration of 100 years of Anglican teaching in Orange, in 1955.
​Other Buildings
​Holy Trinity continued to grow with the addition of further buildings

A Sunday School Hall was built in the 1950s. 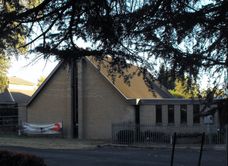 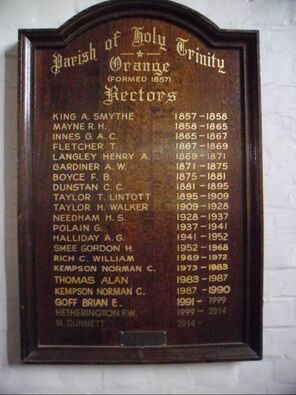 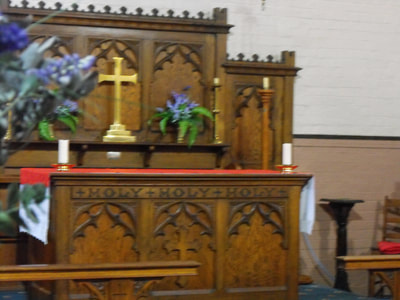 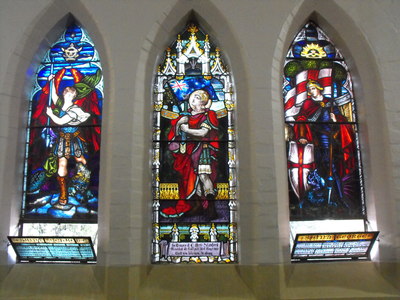 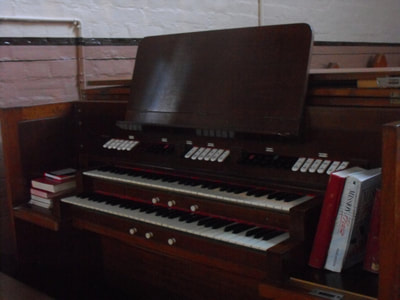 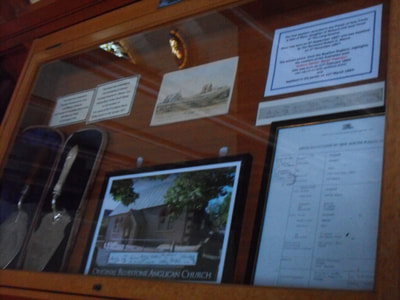 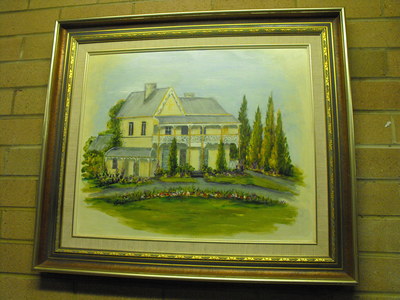 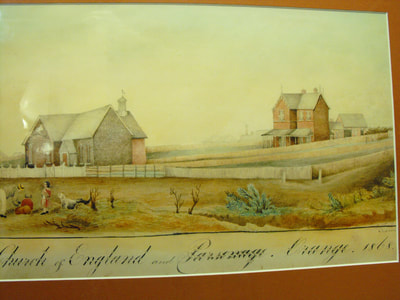